Armenians were the first people to recognize Christianity as their official national religion. Yet many people do not agree with the premise that the Armenian Church is Apostolic. That is, founded by an apostle of Jesus Christ. Such people like to call the Armenian Church Gregorian, implying that the Church originated only from the time of St. Gregory the Illuminator. St. Gregory was the first apostle of Armenia but was not one of the original apostles of Jesus (his mission dates from about 300 A.D.).

Armenians maintain that Christianity was preached in Armenia first by the Apostles Thaddaeus and Bartholomew.

There is no historical documentation from the that era, therefore confirmation of this religious assessment is not possible. However, the Armenian tradition pertaining to the Apostolic mission is so strong and firmly rooted, it must have a historic foundation. Historiography states that all traditions are based on actual historical facts, even if they present the facts in distorted form. For example, there is no documented proof that the Church of Rome was founded by St. Peter; it is based largely on tradition and the preachings of subsequent leaders of the Church.

The Armenian Apostolic Church is a branch and an integral part of the Universal Christian Church. Until the Council of Chalcedon (451 A.D.), the Christian Church was one entity. To set the dogmas of this one universal church and to free it from the heretical nations infesting it in the 2nd and 3rd centuries, three Ecumenical Councils were convened: Nicea in 324, Constantinople in 381, and Ephesus in 431. In these three Councils, the Fathers of the Christian Church formulated the Orthodox interpretations of the Trinitarian doctrine, the incarnation and the two natures of Jesus Christ, the position of Virgin Mary as theotokes (God-bearing), and all other theological points. The theology of the Christian religion was then formulated for general use in a concise form (Nicene Creed). Furthermore, in the last of these three councils, it was solemnly declared that any further change, addition, or deletion from the Creed or the accepted dogmas should be considered heresy.

The Armenian Apostolic Church accepted and has since strongly adhered to these dogmas. It has never deviated from the doctrine set forth in the first three ecumenical councils. Other churches have seen fit to call additional councils, not for the purpose of settling minor points of canon law or ceremonial form, but for the further interpretation of basic theological points of the Christian religion. The changes suggested and accepted in these additional councils have not been accepted by the Armenian Apostolic Church, which has faithfully and firmly stood on the teachings of the first three councils, as have other Churches, namely the Oriental Orthodox churches.

After being founded by Sts. Thaddeus and Bartholomew in the first century, Christianity existed in Armenia continuously, even 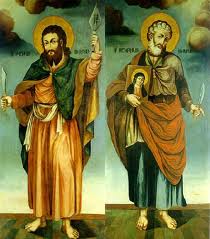 though in hiding, until the time of King Tiridates III who reigned between 287-330. Because there was no Armenian literature prior to 406, all church services and the reading of the scriptures were done in Syriac, and a translator was used to interpret the lectures. At the time of Tiridates III, St. Gregory the llluminator came to Armenia from Caesaria, a great center of Greek Christianity in Cappadocia.

St. Gregory began to openly preach the Gospel. This incurred the wrath of the King, who after trying in vain to stop him, jailed him in a dungeon. Some years later when Tiridates became sick, his sister Khosrovidought, who had secretly joined the Christian religion, convinced him that he was being punished for the persecution of Christians and insisted that only Gregory could cure the King's sickness.

After St. Gregory was freed and brought to the palace, he prescribed a seven-day fast and true repentance. The King was cured. In 301 A.D., he accepted Christianity and decreed that henceforth, in Armenia, paganism shall be suppressed and Christianity shall be the state religion of the land.

St. Gregory became the first official head of the Armenian Church. In the early church, the bishops could marryed and the succession of the Catholicate was hereditary. The Catholical throne was occupied by: the two sons of St. Gregory, St. Aristakes and St. Verthanes; the sons of the latter St. Yousik; St. Yousik's grandson, St. Nersess; and his son, St. Sahag.

The first Ecumenical Council of Nicea was called by Constantine the Great in 324. The official Armenian representative was St. Aristakes. In this Council, as mentioned earlier, a Creed was formulated that confessed the true Godship of Jesus Christ. This Council also established the manner of determining the date of Easter, which before that time was arbitrarily observed. 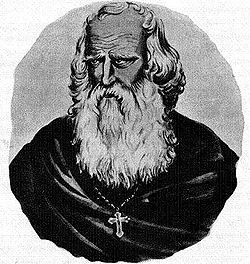 It was St. Nersess (Catholicos 348-374) who, for the first time, established Armenian humanitarian institutions, such as hospitals, old age homes, orphanages, special camps for lepers, and so on. He also organized a religious celibate brotherhood and sisterhood, which were later to become the nuclei of the many monasteries in the country.

The need to keep the Armenian Church free of foreign influence was acutely felt towards the end of the 4th century. At this time, the decline of the Arsacid Kingdom began and the political division of the country between the Byzantine Empire and that of Persia became evident. Based on this, it became necessary to conduct the church services in the native language.

It was St. Mesrob Mashtots who first thought of doing something about this situation, which eventually led to his development of the Armenian alphabet. The written work in Armenian played an important role not only in making the Gospel understood by the general public without the help of an interpreter, but to provide a sense of self-respect and a feeling of national identity. The development of the Armenian alphabet also led to the opening of many schools and the translation of the Bible and other theological books.

A long line of Catholical succession through the centuries that following formed the history of the Armenian Church. In this period, the Armenians had to fight many religious wars against incomparably stronger foreign forces that were trying to convert them; first to Persian Mazdeism (the war of Vartanantz) and later to Arab Mohammedanism.

With the rise of the Bagratid dynasty (855 A.D.), the Church also had a chance to prosper. In this period, many new churches were built, monasteries were reorganized, and many manuscripts were written.

In the eleventh century, Armenia was again politically disorganized. There was no central authority. Foreign despots from one side and native regal and feudal princes on the other helped to divide the country into many parts. The Church also suffered with many schisms. At one time there were as many as six or eight Cathololicoses. The legitimate Catholicos was Gregory II, surnamed The Martyrophile (1065-1105). He went abroad for a long period of time and his absence did not help the matters at home.

At about this time, unbearable conditions in Armenia forced many Armenians to migrate toward Cilicia, where more propitious conditions existed.

Literature of the Armenian Church

During the initial period (406-440 A.D.), the Armenian literature produced was exclusively translations of other works. The second category of Armenian literature was comprised of panegyrics, of which there are quite a number. Then came authors who  specialized in history; these could be found mostly from the 7th to 12th centuries.

Purely theological problems have been treated by such authorities as John the Philosopher, St. Nersess the Gracious, and Gregory of Tadeu. These authors, among others, have expounded the theology of the Armenian Church in detail.

Special mention should be made of Gregory of Narek. His Book of Laments, known as Narek, has been and still is considered unique in its kind -- as the mystical expressions of a self-conscious soul.

From time to time there were some people in high standing in the Armenian Church who, either for political or other reason, saw an advantage in a reunion between the Western Churches. A few of these people were willing to sacrifice some principles for the sake of unity; others wanted to achieve the same end by a mutual understanding. Such efforts were made by Catholicos Ezra (630-641 A.D.), who negotiated with Emperor Heraclius.

In the time of Catholicos Gregory Pahlavouni, efforts were again made for rapprochement with the Greek Church. The negotiations continued between Nersess the Gracious and Emperor Manual Comnenus, but they could not be consummated. This was due to the deaths of the Catholicos and the Emperor, and the pressure exerted by the bishops and the vardapets of Eastern Armenia, who were against the union of the Armenian Church with any other.

During the crusades, another movement started. This time with the sanction, if not the deliberate instigation of the Rubinian Kings, who were the last reigning Armenian princes, having formed a new Armenia in Cappadocia and Cilicia. Although this movement also failed, some Armenian clerics again tried to accomplish the union with the Latin Church. Encouraged by Rome, these individuals (called unitors), went so far as to actually form a congregation after the style of the Dominican Order and evangelized their doctrine among the Armenian population. They did not succeed in uniting the Armenian Church with Rome but eventually caused a schism in the Church, creating the Armenian Catholic community.

The Armenian Church today is an autocephalous body. The Church is unique in that in addition to being a religious institution, it is also a national institution. That is, nearly all of its members are either Armenians or of Armenian descent. For many centuries, in the absence of an organized Armenian government, it has played the role of the national institution.

The hierarchical organization of the Armenian Church since 1441 recognizes two co-equal heads, each with the title of Catholicos. The primary Catholical See is in Etchmiadzin, Armenia, the seat of the Catholicos of All Armenians. The second is in Antelias, Lebanon, the seat of the Catholicos of the Great House of Cilicia. Each of these two Sees has its own dioceses, which are usually under the supervision of an Archbishop or a Bishop. The Armenian Church has two patriarchs, the first of which resides in Jerusalem and the second in Istanbul (Constantinople). Both patriarchs are spiritually dependent on the Etchmiadzin See, although they have fiscal and organizational independence. 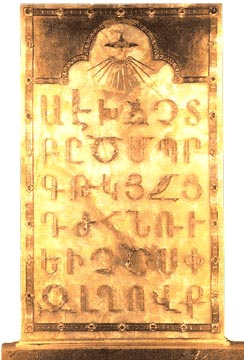 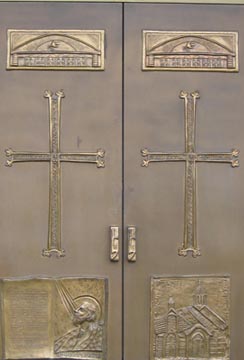 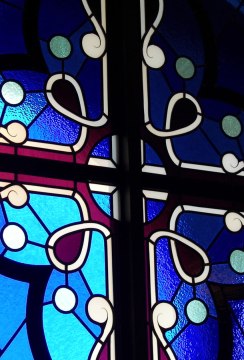